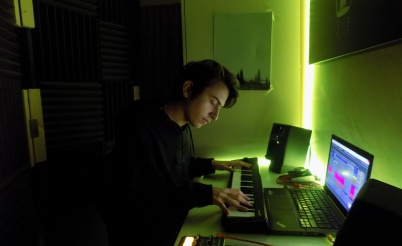 Cayden in the top percentage for International Music Studio Job

Recently for an assignment, Year 12 music composers did a mixing / composing project with the topic taken from an international competition. This international competition was run by a professional studio that works with artists and does work in the Star Wars franchise. It was open to all ages around the world and first prize was an employment contract!

Cayden was competing with everyone from University students to professional writers everywhere. Although he didn't win, the Studio was so impressed they wrote to this Year 12 student to tell him he had finished in the top percentage runners up in this world-wide competition! Clearly Cayden has a bright future ahead in the music industry!